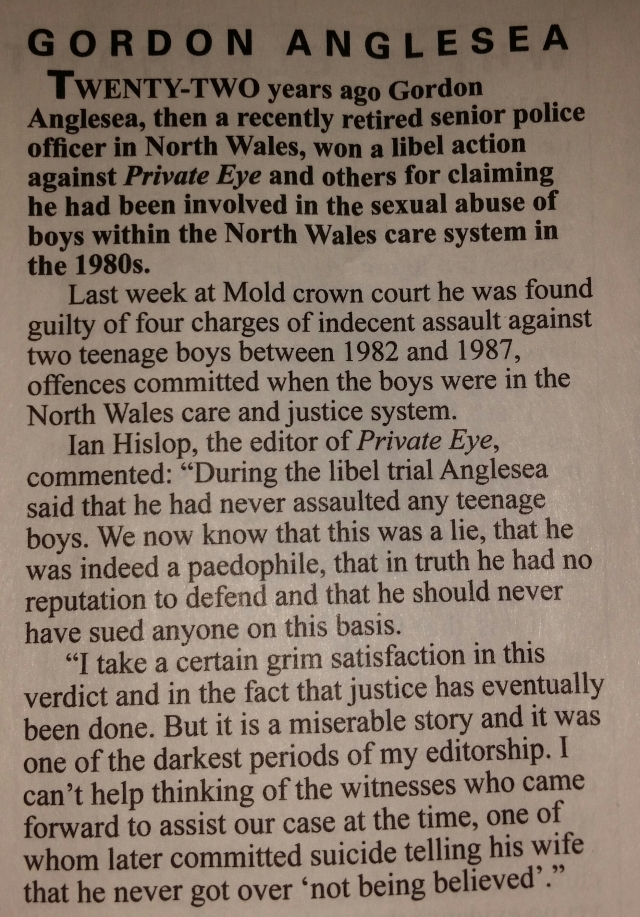 Three years and seven months ago Surjit Tour, the “Monitoring” Officer at Wirral Metropolitan Borough Council threatened a libel action against James Griffiths, a whistleblower working for Council contractor Enterprise Solutions, for claiming that Wirral Council’s Director of Regeneration Kevin Adderley had lied to him along the lines “None of the companies who received BIG Fund grants (£4,000 to £20,000 via Enterprise Solutions) had gone bust”.

Last week it was discovered that Kevin Adderley had indeed lied and that Lockwood Engineering had already gone bust two months before he met James.

Furthermore, a total of TEN of these businesses had gone under by the time a public council meeting was reluctantly forced to discuss the issues on 8th October 2014.

But at this meeting Kevin Adderley lied again, as did Chief Executive Graham Burgess, all under the knowing, not so watchful eye of “Monitoring” Officer Surjit Tour.

Nigel Hobro, a fellow whistle-blower commented: “During our complaint, Council Leader and inveterate liar (see here, here, here, here, here, and here) Phil Davies threatened to sue me.  We now know that this, along with Surjit Tour’s letter to James threatening libel, was grounded in rank dishonesty. In truth they had no reputation to defend and notwithstanding the illegality of any such action, they should never have threatened to sue or bring a libel action on this basis.”

“I take a certain grim satisfaction in the knowledge that Burgess’, Adderley’s and Tour’s dishonesty is now out in the open. But it is a miserable story and it was one of the darkest periods of my career.” 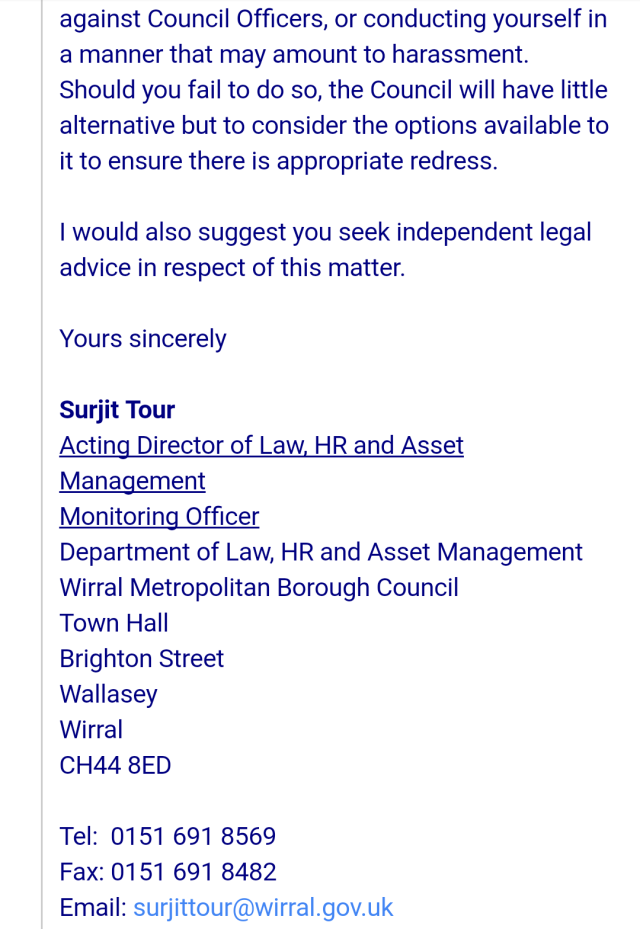 We fervently hope that Wirral council employees – junior, middle ranking, senior, and all 66 councillors are astute enough to read these pages and educate themselves.

In the near future we plan to act in the public interest by “blowing the lid off” what senior Wirral officials have been insisting is a “most improved council”.

If CEO Eric Robinson has not been told about the gravity of what’s been going on behind the scenes, OR if he hasn’t troubled himself to find out, OR if he does know but has gone along with the deception, then the buck stops with him and of course Council leader Phil Davies – who we believe does know and has known for a very long time.