Angela Eagle’s 17 whistleblowers – The Eagle 17 – Are they for REAL? 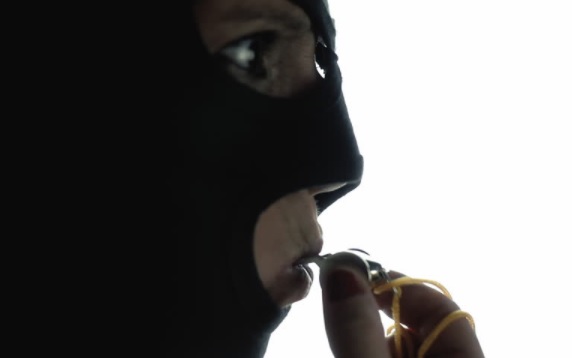 Angela Eagle, failed Labour leadership candidate, has referred publicly in the press to a group of 17 unnamed people she describes as ‘whistleblowers’.  This group have made allegations and are presumably at some point going to expand their case further with details of alleged instances of “bullying, intimidation and homophobia”.

Presumably, the accused persons involved will shortly receive full details of all the allegations along with dates and times and the identities of their accusers, in order to have an opportunity to mount a defence in accordance with due process.

Articles were put out in two newspapers, one local, one national, on 2nd August, with the allegations referred to arising much earlier.  Presumably this group of 17 are all connected to the Labour party and are supporters of Angela Eagle in some way.

Sunday 3rd July 2016 – Tessa Jowell appears on Sunday Politics [see 04:30] claiming that she’d spoken to Angela Eagle who had directly ‘faced homophobic abuse’ – which was a lie – and impossible – as it was a meeting which she had not attended. But the job was done and the slur was now out there.

As a group, these “whistleblowers” appear to share the same objective, which is odd for so many people. The size of the group is also unusual.  Whistleblowers predominantly appear alone, or occasionally in small clusters of 3 or 4 at the most.

It takes courage to do this alone, and whistleblowers generally put their heads over the parapet and speak up – without malice aforethought – without regard for their own safety – when they hold concerns that there have been one or more failures, their employer is responsible, but has failed to act when they should have done.

Almost by default, up and down the UK, whistleblowers are encouraged to notify early – not rush to the media – and to follow internal procedures in order to keep the process manageable, and in order to work with their employer towards a mutually acceptable outcome.

That said, we’re having a spot of trouble with the case of the Eagle 17.

Our admittedly limited information tells us some of them are employees, some are Wirral councillors and the rest are of unknown, undeclared status.  Whether they have colluded in order to compare notes, share and collate their information remains unclear.

Another aspect to this is that should this group not be made up of genuine whistleblowers – which we don’t feel it is – it would damage the positions of real whistleblowers, i.e. real workers who have notified of serious issues in good faith and have taken the consequences square on.  To feign such good honour and integrity for one’s own advantage and thereby erode others’ cases is frankly shameful and all a bit sordid.

Whistleblowing, when seen to be done in good faith, is a ‘protected’ action under an Act of Parliament known as PIDA – the full name being the Public Interest Disclosure Act 1998. This Act was championed [horrible word, we know] and brought in by Tony Blair’s Labour government in 1998 as an amendment to the Employment Act 1996, with the intention of protecting employees who had concerns that their employer was either conducting itself illegally, immorally, damaging the environment, or was deliberately covering up such conduct.

Anybody who’s made a ‘protected disclosure’ against an employer will know that it’s tough and unforgiving and will be aware that in response, they will be ignored, targeted and / or vilified, rather than being valued, celebrated and championed.  And many will experience further detriment, because suddenly they may find themselves unemployed and at the mercy of the DWP.  In truth, they never felt ‘protected’ under PIDA because the Act wasn’t up to the job of providing that protection, and didn’t do what it said on the tin.

This is a situation in which employers, by contrast, are at liberty to take full advantage. Employer organisations tend to manage, process and pack whistleblowers off to employment tribunals, where the unfortunate whistleblower may suddenly find justice is out of reach – because they can’t afford the £1,200 fee that was introduced as one of a number of measures (now rescinded) – by politicians (of all parties), with the long term intentions of reducing the caseload and watering down employee protections under the same Employment Act 1996.

Angela Eagle MP’s parliamentary voting record on such dilutions of the law would be interesting to view right now in light of all this.

Employers therefore continue to thrive directly from abuse, malpractice or even criminal malfeasance in public office in the absence of legislation written with the clear purpose of protecting employees and deterring foul employer conduct – because they know they enjoy carte blanche to get away with it again and again and again.

To qualify for the stated ‘protection’ under PIDA, whistleblowers need to fit the description of ‘worker’ under the Act, and this is where we will expand more on our misgivings; particularly the dubious idea that all 17 persons could be described as ‘workers’ let alone ‘whistleblowers’.

‘Protection’ as a whistleblower would not arrive for members of a hotch-potch group of politically-motivated persons with a clear axe to grind.  Any suspicion of a collective, underhand desire to promote Angela Eagle – which later became Owen Smith – and diminish Jeremy Corbyn via nefarious means, regardless of the people involved, would not add value to any claim.

This is important, because we believe it is misguided and plain wrong for Angela Eagle MP, along with her sympathetic media, to publish a story which appears to claim the moral high ground on such serious allegations, yet is inaccurate because 17 complainants have not been described as such and have had their status unfairly enhanced / elevated to the more eye-catching ‘whistleblowers’, in the hope of attracting sympathy from the reading public.

We’ve already witnessed inaccurate content in the media where Angela Eagle is concerned – for example, the “Angela Eagle Office Window” that was never broken – with unretracted, unacknowledged, un-apologised for falsehoods now peppering a dozen large circulation newspapers.  We were hopeful that lessons had been learned.  Sadly this never happened.

Furthermore, protection such as that afforded to genuine whistleblowers will not be granted to individuals or a group who’ve rushed to the media when the first opportunity came to publicise their ‘plight’.  Modern employers have in place policies and procedures, often drawn up in consultation with unions, which invariably state that complainants and whistleblowers should not expect to be able to approach the press early on, publishing ‘warts and all’, and must comply by exhausting all internal avenues of complaint.

It’s noticeable that Angela Eagle has remained aloof from the collective allegations and has not personally lodged any complaint herself.  If we were members of the group of complainants, we would be viewing such behaviour with suspicion.  After all, hard-nosed politicians are well-practised at standing back and using others to get what they want.  Are the Eagle 17 fully aware of what they may be involving themselves in here?

What level of loyalty is required to act as a guinea pig in the advancement of another person’s interests?  Blind faith, or just sheer naiveté?  Will any misplaced trust be repaid if and when things go drastically wrong?

We have no reason to believe that the Labour Party isn’t a modern employer with fully-developed policies and procedures who will aim to deal with these allegations appropriately (getting a bit shaky now, this statement), but our misgivings about the rash conduct of Angela Eagle and that of the Eagle 17 – the alleged ‘whistleblowers’ – are growing by the day.

All the ‘whistleblowers’ melted away.

All the ‘whistleblowers’ remained anonymous.

Angela Eagle never apologised for lying to the public.

Campaigner for open government. Wants senior public servants to be honest and courageous. It IS possible!
View all posts by Wirral In It Together →
This entry was posted in General, Whistleblowing and tagged Angela Eagle, Eagle 17, Employment Act, Labour, Liverpool Echo, PIDA, Public Interest Disclosure Act, The Guardian, Wallasey CLP, whistleblower, whistleblowing. Bookmark the permalink.

21 Responses to Angela Eagle’s 17 whistleblowers – The Eagle 17 – Are they for REAL?