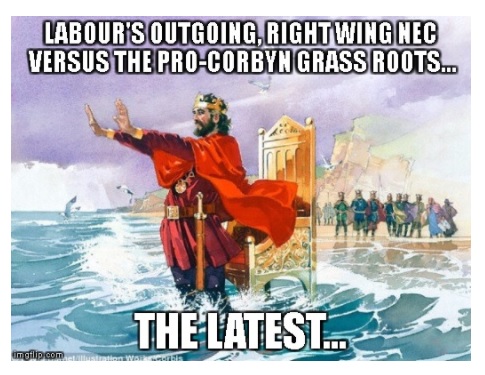 The letter below was authored and sent (email and post) last Saturday 11th November 2017 by Paul Davies.

Paul Davies was until the CLP’s suspension the democratically elected co-Vice Chair of Wallasey Constituency Labour Party.  He has also been personally suspended from the Labour Party for the last eight months.

The letter is a response to Labour’s failure to act correctly upon and respond lawfully to a Subject Access Request for specific Personal Data.  This was placed with them by Paul Davies in February 2017 under the terms of the Data Protection Act 1998.

Every UK citizen – as a “data subject” – has a statutory right under the Data Protection Act to request the personal data that an organisation holds on them.  The Labour Party, as a data controller under the Act, has a statutory duty to provide all the relevant, requested information under these terms.  It is an offence to withhold requested information without quoting an ‘exemption’ or without lawful justification.

In the Paul Davies case, there appears to be grave cause for concern.  Despite the data controller’s prominence in the areas of national and local politics, its assumed competence and its access to high-level legal and professional advice, there appear (initially) to be EIGHT serious and substantial omissions;

The data controller’s response seems to have breached the law, not only through multiple omissions but for taking 9 months to fulfil.

The letter is addressed to Iain McNicol, the incumbent General Secretary.

Link to the Paul Davies letter

Thank you for the unsigned letter dated 01/11/17 from the Governance and Legal Team which is in response to my Subject Access Request following the instruction to you from the ICO. You had failed to respond to my original Application dated 10.2.2017

Unfortunately the data you have provided is incomplete. I reserve the right to raise further omissions I am aware of with you in the future but of immediate concern are the following omissions:

All the above once again suggests a characteristic lurch to foul play on the part of controlling members of the Labour NEC.

Iain McNicol and his cohorts remain in situ as the malevolent driving force behind recent anti-democratic expulsions, voting bans, interference in / monitoring of social media accounts, and the general stripping away of the democratic rights of thousands of Corbyn supporting members.

These unsavoury, immoral and potentially criminal actions were perceived widely not just as hostile attempts to impede the left, but as bids to unfairly rig both of Jeremy Corbyn’s hugely successful leadership contests against him by stripping away voting rights by thousands of members and affiliated persons.

But despite the meddling, we can all take heart because the strength of the many against a corrupted few has proven to be unstoppable.  Corbyn was swept home as leader twice on huge groundswells of widespread and fervent grass roots support.  From people who demand change.

So McNicol’s louts have now been pushed firmly onto the backfoot.  His panicked team have also been behind a determined and foolhardy refusal to take action and discipline an out of control clique who’ve been busy committing very clear breaches of the Labour Party’s rule book and trashing its “aims and values”.

This treacherous conduct has been freely engaged in by senior right wing Lords, MPs and prominent party members, whose nonsense allegations are then quickly pounced upon and eagerly weaponised by the right wing, 80% billionaire-owned UK mainstream press and media.  In other words, it’s McNicol’s own right wing icons of party and press before whom he bows and scrapes then gladly falls into line behind when they get active.

Amongst the well-known offenders are long-established party entryists Peter Mandelson, Lord Levy, Frank Field and the once powerful, but now with his corrosive career thankfully behind him, the wing-clipped Anthony Charles Lynton Blair  < click the links for reminders of their attacks.  The bogus subject matter of their bile ranges through anti-Semitism, bullying, intimidation and homophobia.

However, this has been readily and repeatedly exposed as nothing more than “cry wolf” desperation, which upon closer examination predictably pales away to nothing.

Iain McNicol, when justifiably challenged, has illogically defended his right wing colleagues’ offensive behaviour, classing it as party members exercising their right to express an opinion.  The problem is, when left-leaning members proffer their opinions and are instantaneously rounded on, disciplined and / or expelled, then the depth of  the official hypocrisy is on show to all.

Such naked duplicity indicates that there remains a grotesque, Stalinesque heart, still beating strongly and circulating its toxic blood around the diseased NEC body.  And although their days are numbered, this is coupled with a desperate and reactionary desire on the part of these outgoing officials to spitefully wreak havoc on the inside, scorching the earth, before time is eventually called upon them.

Throughout summer 2016, Wallasey right winger Angela Eagle MP, along with her obedient 17 fake “whistleblowers (including our Councillor Paul Stuart)” was prominent in the right wing newspapers, alleging phantom bullying, intimidation and  “homophobic acts” – criminal acts – that were strangely never reported to local police – because they sensed a thick bundle of counter charges labelled, “wasting police time” hurtling its way back towards them.

So in the fullness of time, the bullying, intimidation & homophobia melted away to nothing.  Yet the NEC hard right clings desperately to power, so Wallasey CLP remain suspended.

With Corbyn’s star in the ascendancy and with dishonest and abusive Labour councillors in Wallasey and Birkenhead now feigning support for Corbyn and masquerading as “lefties” (including our Councillor Paul Stuart) –  under the controlling, whip hand of their Svengali gangmaster Frank Field – we sense here on Wirral that Corbyn and his supporters will have their work cut out, and that mucking out the stables and getting rid of these hard right back-stabbers, self-enrichers and careerists may take a little longer than expected. 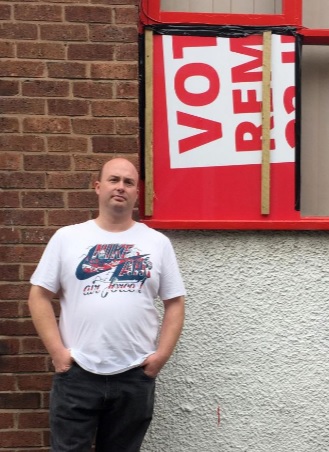