Leasowe Abbey’s in Ruins. And we’re in the gutter, or is it the sewer?

Posted on November 5, 2018 by Wirral In It Together 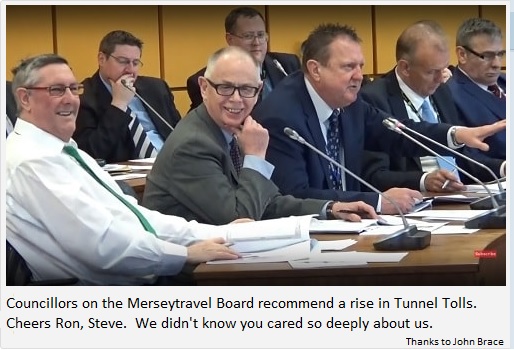 Some excellent, heart-warming news has just emerged from Wallasey’s Leasowe Ward.  The big cheese who’s been stood astride this working class stronghold for the last 22 years – yes, we know it feels like much longer – has been democratically voted out as Leasowe Councillor candidate at a recent selection meeting.

So it’s out with Ron Abbey and in with Karl Greaney.

Ron is the local Labour Council’s Chief Whip, no less.  He’s a long-term public servant, predating even his hero Tony Blair’s entry to Downing Street, but will soon become a helluva lot poorer than Tony as his lifestyle takes an unplanned hit and he loses many thousands of pounds per year in public money.

As a result, he’s absolutely fuming and making us all aware of his unhappiness via happy to oblige, captured, sensationalising local newspapers.  He’s also been busy himself, in his own inimitable words, on Twitter and Facebook.

So Ron no longer fits the bill and his time is up.  But there’s been absolutely no guidance on what to say from Liverpool Central Station’s Martin Liptrot this time (see the resignation of Councillor Mike Sullivan).

And Ron appears to possess little or no concept of what is appropriate or dignified.  His toys have been flung straight out of the pram and he’s hitting out at “loony lefties” in the manner of the UK’s toxic, right wing tabloids and fellow, departing, hard right friends Mike Sullivan and Moira McLaughlin.  Bullying and intimidation doesn’t feature this time Mr Liptrot.  We wonder why?

For us, these antics have both of Ron Abbey’s feet (and Mike’s and Moira’s) squarely planted into the ignorant, nasty, hard right camp of The Sun and The Daily Mail.  Because there’s absolutely no difference in tone.

But let’s face it, he does originate from the same dubious, political stamping ground as criminal ex-councillor Jim “Britain First” Crabtree, another helper to Frank Field (along with Mike and Moira).

Jim Crabtree was Ronnie’s former Boss who chaired Wirral’s Audit and Risk Committee while boasting little Ronnie as his eager Deputy at a key moment in time, helping to conceal the CEO Graham Burgess’, the Leader and liar  (see here, here, here, here, here, and here) Phil Davies’ and a barrage of senior officers’ relentless lies about hundreds of thousands of pounds in squandered EU grant money.

Because he doesn’t appear to know any better, Poor Ron has made it clear – unwittingly perhaps – that he’s a throwback to an earlier age.  He looks like a very willing adherent to the hang-em-high style of Jim Davidson, Richard Littlejohn, Jeremy Clarkson and others, with his half-baked, “I say what I like and I like what I bloody well say and sod the consequences” mode of grabbing attention, hijacking the issues, steaming ahead with them and firing off his blunderbuss at phantom, half-formed enemies.

This was @Ronnieabbey1 on Twitter recently, singling out our esteemed blog with his own very odd take on calm evaluation, balanced appraisal and sober, intellectual scrutiny:

Have a Look at a Vile disgraceful Blog Facebook/Twitter called Wirral in Together This is Hard Left Supporting. Produces Filth From the Gutter then utters comments of the Sewer I Say to Them Climb Back Down to your Sewer.

Cheers Ron.  We appreciate your input.  And putting aside your stream of consciousness, the omission of key words and an abysmal failure to punctuate – caused perhaps by uncontrollable, red-faced rage and jets of steam issuing from your ears and nostrils – we’d like to step forth as a calming and steadying influence, put a hand on your shoulder, take a pause and thank you for signposting potential subscribers to our previous catalogue of work – which goes right back to 2011.

Thanks and much appreciated.

So Ron – to address your accusation about the sewer and the gutter, that looks like a hell of a lot of gutter-wallowing and sewer-dwelling we’ve been doing – seven long years of it.

Or perhaps Ronnie is mistaken and the truth is rather more mundane, non-sensational and a lot less incriminating.

You see, readers, we’ve been engaged in steady, boring, intense research of Ron’s abusive Council and the conduct of its senior officers and councillors for the last seven years.  And Ron doesn’t like anybody exposing his sins in great detail, so he’s hitting out in the only way he knows how and summing it all up as “filth”.

Unlike Ron’s councillor duties, our research is all unpaid – yet it seems obvious to us that we’ve been putting a hell of a lot more time into what we do than Ron does for his £multi-thousand pound return in public money.

Here’s a small one to prove the point, on the vexed subject of Councillor performance.  It’s an excerpt from Wirral Council’s official councillor.net performance management system and the total reported figures for constituency cases completed during 2017: 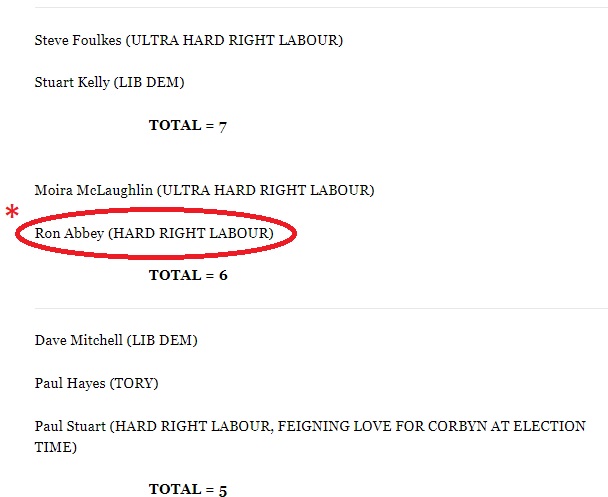 …so Ron’s personal achievement for his constituents (6 items of casework completed in one year compared to Pat Cleary of the Green Party’s 183) is the very least of the problem.  The sheer depth of scandal here on Wirral goes back well into the last century and is far more wideranging.   These hard right Labour councillors have been plummeting a lot deeper into their own chosen gutters and sewers for years.  And to unseen depths that the writer of this blog could only imagine in his own worst nightmares.

We should also emphasise, we’re not keen on Ron’s  impulsive, anger-fuelled, finger-jabbing criticism of our quality back catalogue.  “Hard-left” indeed !

Just so you know Ron, we’ve had UKIP supporters cheering us on behind the scenes, because even they share our disgust at yours and your colleagues’ reckless and wanton negligence over the council’s long-flouted statutory obligation to care for Wirral’s children and vulnerable / disabled people.

We made sure to respond to Ron’s tweet though, using a relaxed, satirical method of approach.  We find irony and humour can be deployed very honestly to defuse a situation, to educate those who are not politically aware and to attune them to Ron and Co’s sickly, unforgiveable, ongoing conduct.

And this job is far from finished:

So the truth is…

… we’ve been wallowing in your sewer Ron, and we’re just off for a much-needed scrub and hose down.

5 Responses to Leasowe Abbey’s in Ruins. And we’re in the gutter, or is it the sewer?