This says it all, doesn’t it?  And it confirms what we’d suspected all along.

The above information was prised out of Wirral Council by determined FOI requester Michael Dixon.  Here’s a link to the excellent www.whatdotheyknow.com website where the request was originally placed back on 15th March this year…

As we can see, the council bizzarely attempted to claim that they couldn’t produce and provide a brief, two-column listing of councillor caseloads without this work exceeding 18 hours charged at £25 per hour.  This was a lie of course.

The 18 hour rule is the Section 12 costs exemption, whereby the data controller can slam the shutters down if the work involved in gathering the info, collating it and supplying it is expected to exceed a cost of £450.  The FOI Act very unwisely has determined that the data controller can be relied upon to make such assessments.

The problem comes when the same data controller happens to be terminally bent, politically biased, occupying the gutter, and in possession of highly embarrassing shit, that they will do their utmost to conceal.

Fair play to Mr Dixon, who stuck to his task, requested an internal review and eventually came out on top, with the council rolling over, and the information coming through two days ago on 25th April 2018.

We’d like to send our warmest congratulations to him if he’s reading this.

Now let’s have a look at the sordid details… 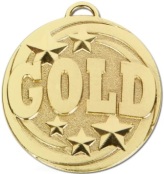 Close, but no cigar.  For comparison, Councillor Cleary of the Green Party ploughed through practically FIVE times as much, working in the same very busy ward of Birkenhead and Tranmere.

The hard right Council Leader has also let himself down several times in the past by being an unrepentent, inveterate liar.  See here, here, here, here and here.

The also rans… (names and totals only)

If you’ve got this far, you may be thinking, hmmm, that’s not everyone is it?

You’d be correct.  There are only 43 councillors listed above, one of whom is retired and the other who is dead, both of whom still managed to undertake more work than those in the list below.

Yes, readers, here come the dregs, featuring the 25 councillors who did the sum total of nothing for their constituents despite collecting a total of at least £184,000 in allowances for occasionally turning up in 2017 …when they felt like it.

These people may be unusually active of late, and knocking on your door over the next week or so, keen to receive the promise of your vote in time for the local elections on May 3rd.

Your unwitting endorsement will enable the obscene gravy train to rev up and continue on track, swelling their bank balances …and for very little in return !

Except if you live in Birkenhead & Tranmere where – there’s no denying – the one and only Green Party Councillor is certainly putting a shift in !

Far be it from us to recommend who you vote for, but we DO urge you to put two and two together, weigh it all up, and vote in accordance with your conscience AND the evidence that Michael Dixon has prised out of the council and that we’ve reproduced here.

AND FINALLY… here it is, it’s Zero hours / Zero effort contracts all round for the following roll call of Wirral Council deadbeats…

NO CASELOAD = ZERO TIME INVESTED ON BEHALF OF CONSTITUENTS

MIND HOW YOU VOTE !!

3 Responses to Wirral’s Hard Right Labour Councillors. Not only are they crooked and dishonest… they’re bone idle. It’s official.