9th July 2015 Following our discovery a few days ago that Mike Fowler, who left Wirral Council under a cloud amid official findings that the council had corporately abused learning disabled people, we’ve been reaching out and attempting to contact his current employer, Brook. Once they do respond, we have a number of questions which we feel this well-known UK charity needs to address in the public interest:

The following are attempts at contact / information relayed.  These were sent to @simonablake (former CEO) and @rosylight (current CEO) – none of which have been responded to yet: 6th July 2015 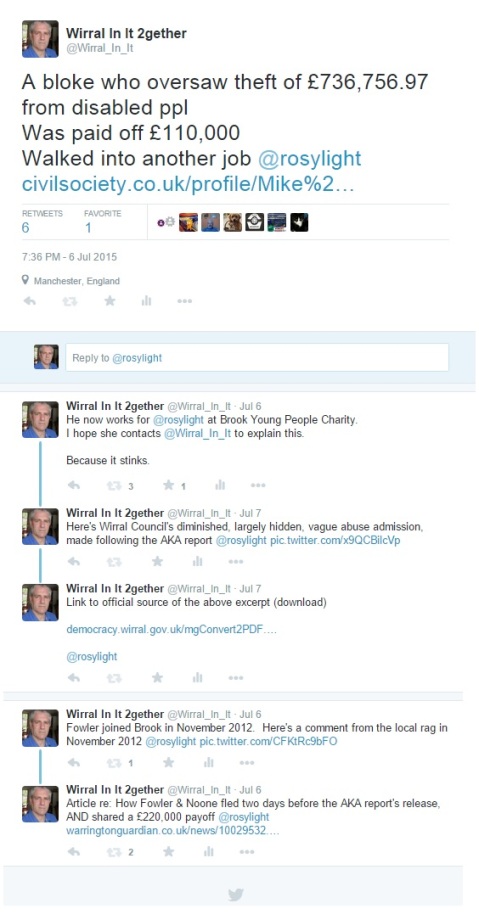 We’ve also tweeted a number of Brook’s trustees – who include in their number Phillip Noyes, described as a ‘safeguarding expert’ – with no response so far. In light of Mr Noyes’ stated expertise, I will endeavour to contact him and discover his opinion on whether continuing to employ Mike Fowler reflects a prudent and carefully-considered approach to safeguarding. Tweet sent today, which the person in receipt has an obligation to pass on to trustee Phillip Noyes: 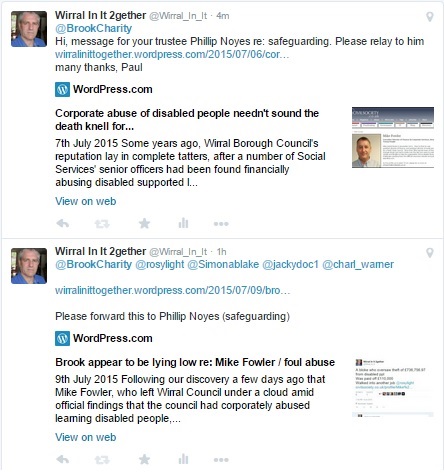 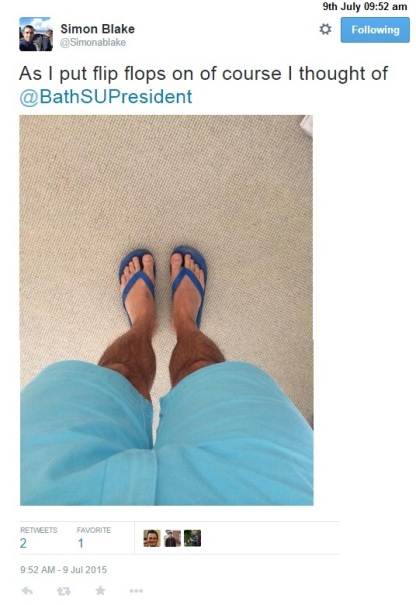 Brook are looking for a new CEO

Campaigner for open government. Wants senior public servants to be honest and courageous. It IS possible!
View all posts by Wirral In It Together →
This entry was posted in General and tagged abuse of power, brook charity, learning disabled abuse, Mike Fowler, Wirral Council. Bookmark the permalink.

5 Responses to Brook appear to be lying low re: Mike Fowler / foul abuse