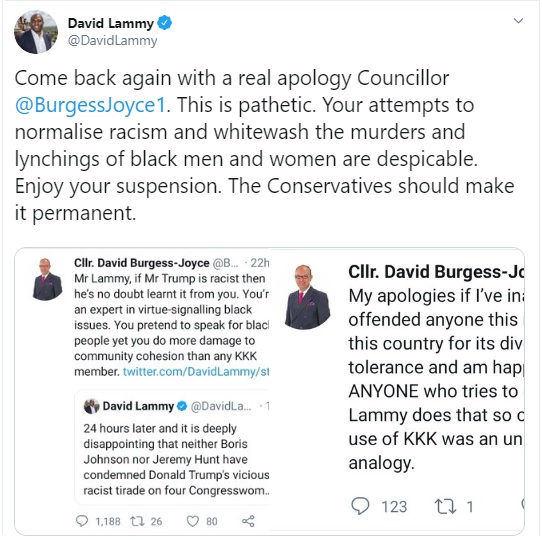 The original Wirral In It Together article: It’s almost three weeks since we lodged a Standards Complaint against Wirral Tory Councillor David Burgess-Joyce. An update

We lodged a Standards Complaint with Wirral Council on 17th July as follows: 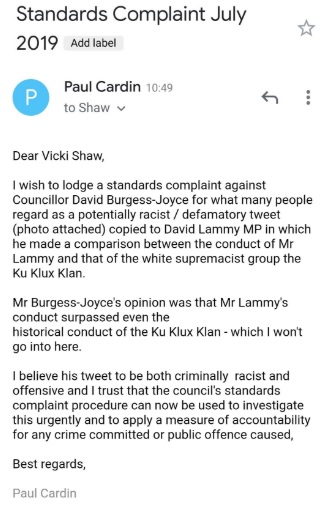 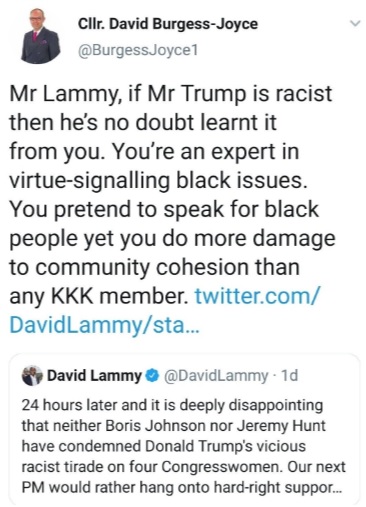 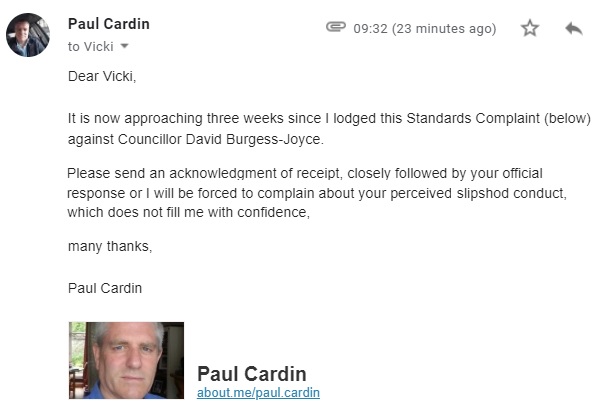 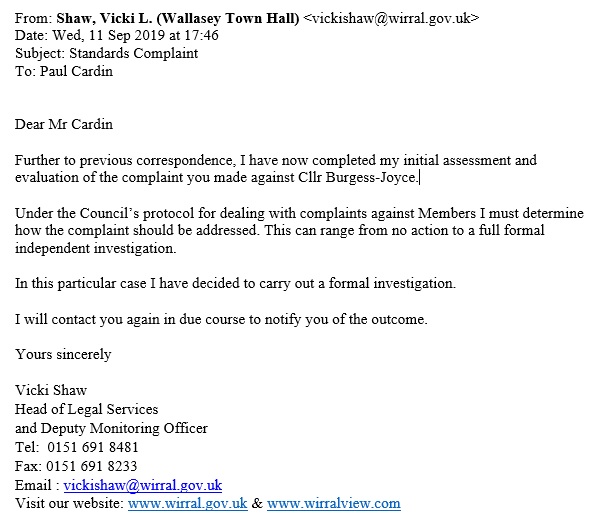 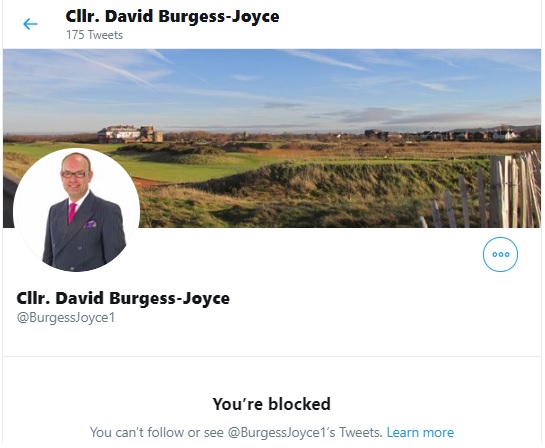 Does anybody know if Councillor Burgess-Joyce ever deleted the allegedly #racist tweet?

2 Responses to #Racism Exclusive – Tory Councillor David Burgess-Joyce, who sent an allegedly #racist tweet to David Lammy MP, is to be formally investigated by Wirral Council