Posted on December 4, 2019 by Wirral In It Together 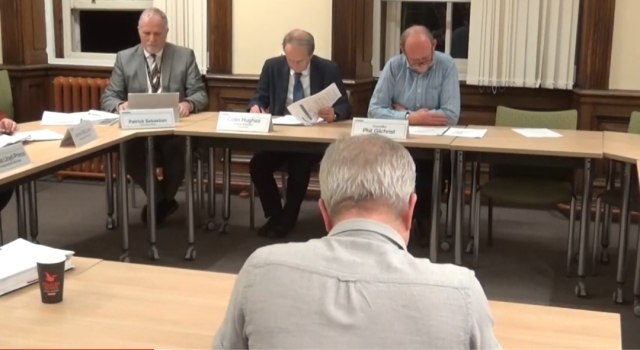 The perceived racist / offensive nature of the above tweet, sent on 16th July 2019 caused ourselves (in the foreground, above) and 6 other people to lodge complaints with Wirral Council.

Here are two of our recent tweets, which pinpoint the hypocrisy of our local right-wing Labour Councillor, Paul Stuart, who was only too happy to unwittingly point out his own hypocrisy for all to see at the above meeting:

…with a range of entirely BOGUS allegations of bullying, intimidation & crucially, "criminal homophobia" – a hate crime.

However, he repeatedly failed to contact the police, who probably would have counter-charged HIM & fellow backstabber @angelaeagle with wasting police time.

…we, unlike Councillor Stuart and Angela Eagle MP, didn’t drop everything and run to the media in the next heartbeat to further a malevolent, nasty, political vendetta i.e. #Brickgate.

The sanction(s) to be applied to Councillor Burgess-Joyce are not yet decided.

Don’t go to the Tory newspapers in search of these. They’re awaiting the nod from Wirral Council, which would then give them the clearance they require to report the news.

Wirral Council spent nine years plundering the bank accounts of a large number of Angela Eagle MP’s learning disabled constituents – total sitting ducks – who were in no position to defend themselves from this local authority, which was an abusive, “statutory protector”.

Eagle, for her part, fell silent, probably because the abuse was being meted out by her own political ‘brothers in arms’ i.e. local members of the Labour Party’s nutty, right-wing, bloodstained, Blairite tendency.

And in their accustomed, frantic desire to manage their soiled corporate reputation, Wirral Council decided to hold the above highly sensitive meeting in a nice, quiet backroom with NO CAMERA FACILITIES.

So much for welcoming in a new era of openness and transparency eh, readers?

Luckily, John Brace turned up to film MOST of the meeting. Sadly, the important bit at the end, the delivery of the damning verdict, is missing.

Apologies for the poor sound quality throughout.

This could have been avoided if Wirral Council had considered their own, oft-stated obligation to the overriding public interest, filmed it, and streamed it on their website.

In which case it would have been CRYSTAL CLEAR and professionally broadcast, but that simply wouldn’t do, would it…………?