Aaaargh. We got conned by a Twitter parody account! “The Wirral ‘Independent’ Group. Vote Black, get Blue” 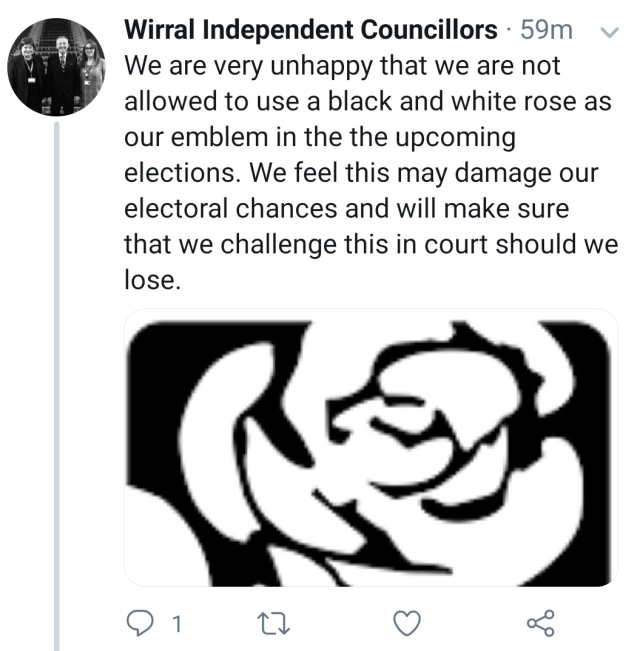 Not only are they a gang of undeclared, hard right, closet Tories – BUT – even if you vote them in in Rock Ferry at the May Local Elections, they may still have a bee in their bonnet and squander untold £thousands of your hard-earned council tax money taking their former party (Labour) to court on a hideously misconceived, doomed at the outset legal crusade, aimed at salvaging their self-inflicted, wounded pride.

We suppose, when all’s said and done, they’re all-round Tory nice guys, with working people and homeowners’ interests close to their hearts…

So… people of Rock Ferry… you have been warned. Don’t…  just… DON’T.

In light of the fact that @WirralIndCllrs is now exposed as a Twitter parody account, we’ve scanned through the above post again and decided that with the local elections being so close, voters could be unwittingly influenced…

1 Response to Aaaargh. We got conned by a Twitter parody account! “The Wirral ‘Independent’ Group. Vote Black, get Blue”