Our Criminal Allegation Against Theresa May Falls at the First Hurdle 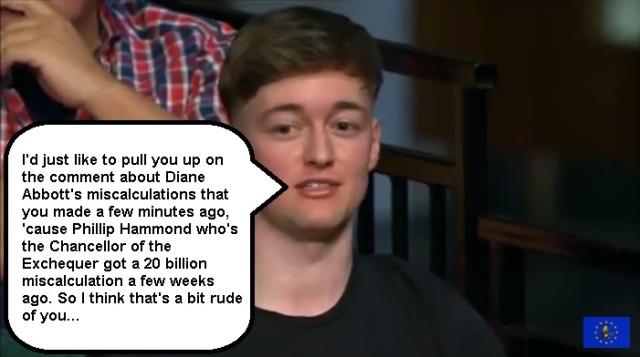 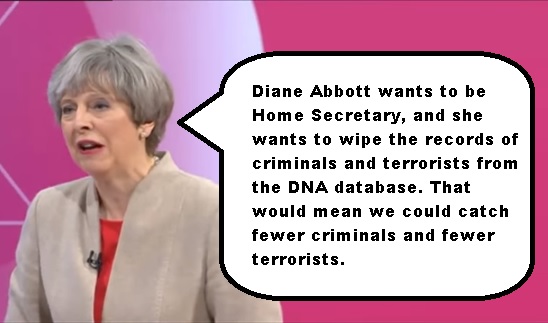 Readers will recall an official complaint we made to the Metropolitan Police, amongst others, back in early June 2017.

It concerned an election broadcast featuring both Conservative and Labour party leaders, recorded and put out live on the evening of 2nd June 2017 from the City of York.  Our complaint alleged that during this programme, Theresa May committed a breach of the Representation of the People’s Act 1983 i.e. she committed a criminal offence.

Theresa May had made a clear reference to Labour’s Diane Abbott MP intending to “…wipe the details of criminals and terrorists from the UK DNA Database”, in the event she became Home Secretary after the 8th June 2017 Election.

Our initial complaint to the Met Police and their acknowledgment of it was covered here.

Yesterday, at long last, following an investigation – which included a referral to the Crown Prosecution Service – we received a response to our complaint.  Here is the email:

So Jim Morrison didn’t open any Doors, or break on through to the other side.

We have no legal training or qualifications, but it appears to our lay mind that the Representation of the People’s Act Section 106 as it stands permits any and all dreamt up fabrications to be made about the political conduct or character of opponents, as long as the protagonists do not stray into personal criticisms.  But surely isn’t it political conduct or character that is relevant here?

As it stands, the Tories (and Labour and others) appear to be free to make up what the hell they like re: political conduct or character.  Nothing stands in their way.  We say that with confidence, because we’ve explored a few avenues with this.  We also approached The Electoral Commission who referred us to OFCOM! and the Crown Prosecution Service, who refused to refer it to the police.

We’d suggest that because the Tories have enjoyed the sympathy and backing of Murdoch, the BBC, and a huge proportion of the UK media for many years, the Labour Party, their chief opponents, will always be playing catch up.

Corbyn and company have been and will continue to be coming in for a welter of groundless and unwarranted criticism.

See the current barrage of undiluted #FakeNews coming in from all quarters re: Labour’s manifesto and the falsehood that Labour intended to wipe student debts)

But it won’t be confined to everyday politics.  As things stand, during election periods, what’s regurgitated on live television to large audiences holds high impact, but will be waved through, allowed to proceed unchecked and will surely influence millions of undecided voters’ minds.  So politicians remain “free to fill their boots”.

We are very poorly served.