Wirral In It Together and Paul Cardin are banned from Facebook 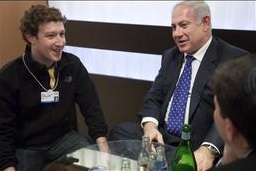 Last Friday, we found we couldn’t log in and soon after, the following message came through from Facebook:

So they issue thousands of these verdicts every day. A kangaroo court has sat somewhere and reached a set of extremely vague findings, none of which apply to us.

Of course, we’re not guilty of any of the above, or anything else that’s not being stated.  That goes without saying.  Whereas Facey is guilty of jeopardising billions of people’s “comfort and safety” by rigging elections, dishing out #Fakenews on a global scale, and through the behaviour of its proprietor, overgrown high school boy, no-Mark Zuckerberg regularly colluding with the leader of a #racist, illegally occupying, #apartheid state that frequently slaughters innocent Palestinians in large numbers.  He’s even been found deleting Facey accounts that criticise Israel (note to self:  Was this the problem here?  My free speech has been upsetting him?)

So Facey has blood on its corporate hands through close affiliation with at least one out of control despot.

It’s not good to lose contact with our Facey friends but we’re feeling much better about this already, and not just because our daughters and all of their friends tell us the platform is naff.

Some Facey friends tell us that when you log in and search Wirral In It Together or Paul Cardin, nothing comes up.  So it’s like we never existed.

So we’ll assume this is a life ban and certainly won’t be jumping through any hoops to get back in, because…