That Esther McVey Hillsborough tweet. Who or what was behind it?

If you hadn’t already noticed, here’s what happened yesterday during the memorial service, on the 25th Anniversary of the Hillsborough disaster in 1989, when 96 Liverpool F.C. fans lost their lives.

At 3:06 pm on 15th April (the time the Liverpool v Notts Forest FA cup semi-final was abandoned) many Merseysiders and prominent people connected to the area had gathered in Liverpool and on Wirral at public ceremonies to remember the 96.

It’s possible that McVey didn’t send the tweet.  It may have been an autobot, or more likely, a human being, somebody entrusted to tweet on her behalf, which is suggested here, in a curious tweet that Esther McVey also sent yesterday afternoon: 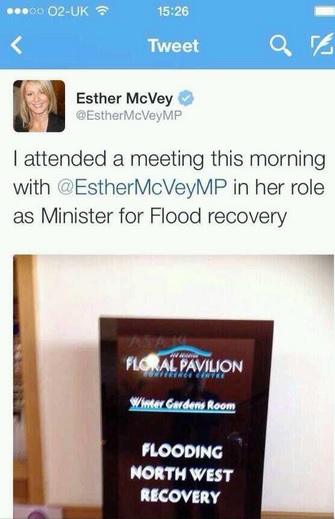 I despise the Tory party, their policies and their so-called ‘values’, and I’m happy to state that Esther McVey is blocking Wirral In It Together on Twitter.

Also blocking us are several members of Wirral’s Labour group, and McVey’s election agent, Tory Councillor Chris Blakeley, whose gaffe prone record can be looked at in more detail…

From the excellent Wirral Leaks site, on his blog, Councillor Chris Blakeley engages in some sparring with “Paul”, a member of the public.

Again from Wirral Leaks, Councillor Chris Blakeley tweets criticism of Anna Klonowski, the “independent” investigator brought in (by his own party) to investigate Wirral Council.  She ultimately found the place to have massive failings under Leader Foulkes (see below).  Her memorable finding was that, on Wirral, “The abnormal had become normal”.

The Globe again.  Not really a gaffe as such, and he was later cleared by one of Wirral Council’s so-called “independent” investigations.  Following the repulsive and repeated abuse that occurred over many years, his fears are well-founded, but it displays a tendency to “shoot from the hip”.  For those not familiar with his record, or who didn’t suffer under Foulkes, here’s an admission to the abuse of disabled people from portfolio holder, Councillor Steve Foulkes… 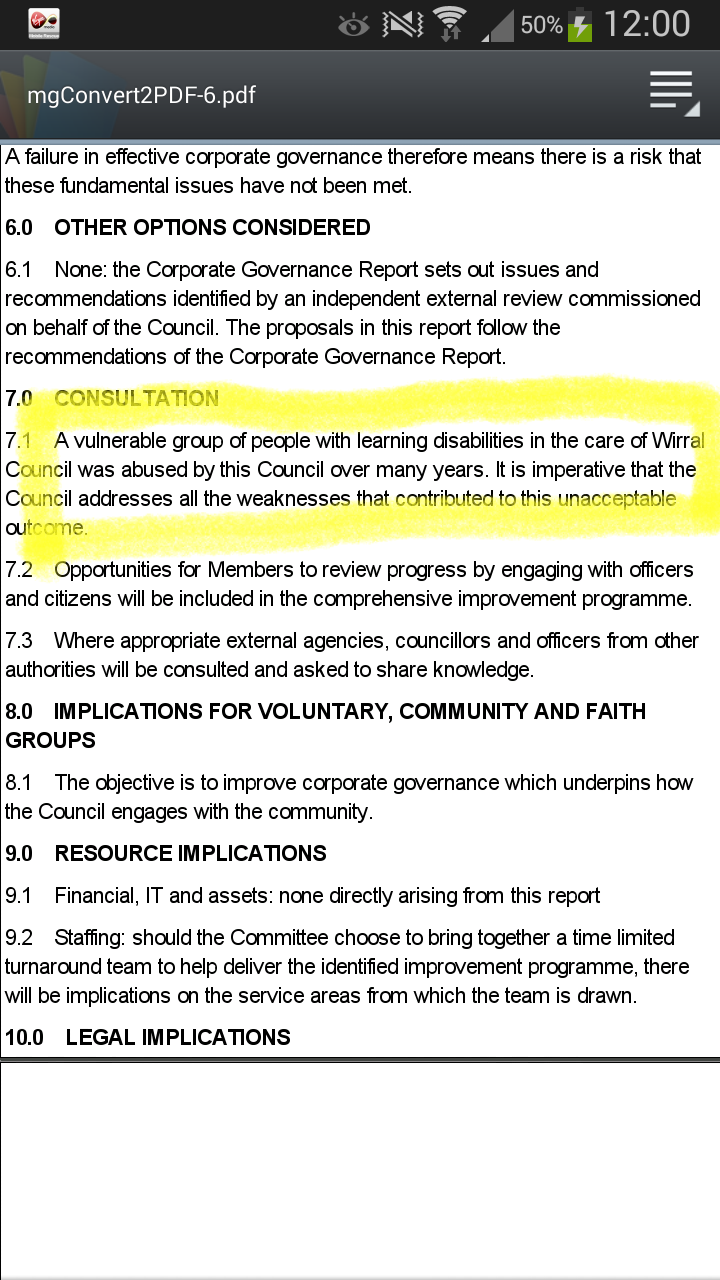 So, Councillor Foulkes stating, “I will keep my dignity” could be seen as possibly the most insulting aspect.  Blakeley tweeted on Saturday 15th March: “To be very clear – Cllr Foulkes will NOT have my support at the mayor-making ceremony.”

I hope the above links shine some more light onto not just the story about the tweet, but the more pressing issue of…

“How do the people of Wirral rid themselves of this abusive Council?”

Campaigner for open government. Wants senior public servants to be honest and courageous. It IS possible!
View all posts by Wirral In It Together →
This entry was posted in General and tagged Councillor Chris Blakeley, Esther McVey, Hillsborough, Tweet, Twitter, Wirral Council, Wirral Globe, Wirral Leaks. Bookmark the permalink.

4 Responses to That Esther McVey Hillsborough tweet. Who or what was behind it?