It had to happen one day. But what was the reason?

We don’t know, but it’s another very small step on the road to creeping, Silicon Valley totalitarianism.

Not long after the axe fell this afternoon, an email appeared in our inbox. It was Twitter, lecturing us on “hate speech”, vulnerable groups, the Nazis and the Holocaust, but taking great care not to specify what we’d actually done to deserve the deletion of a 9-year, 5 month old account with 5,770 followers and 238,000 tweets.

That way we’re left to scratch our heads and wonder which tweet(s) did it. One thing’s for sure, we don’t tweet “hate speech”. Never have, never will. Twitter could have checked back through our account if they could be arsed.

But there was one tweet in particular today, just before the ban – as it happens – and this was nothing to do with hate speech, Nazis, the Holocaust or vulnerable groups.

It was a limerick sent to not very vulnerable, former Tory MP Louise Mensch in response to her tweet, which had been a reference to Labour MP Jess Phillips’ reported announcement that she was considering standing for the leadership of the Labour Party: 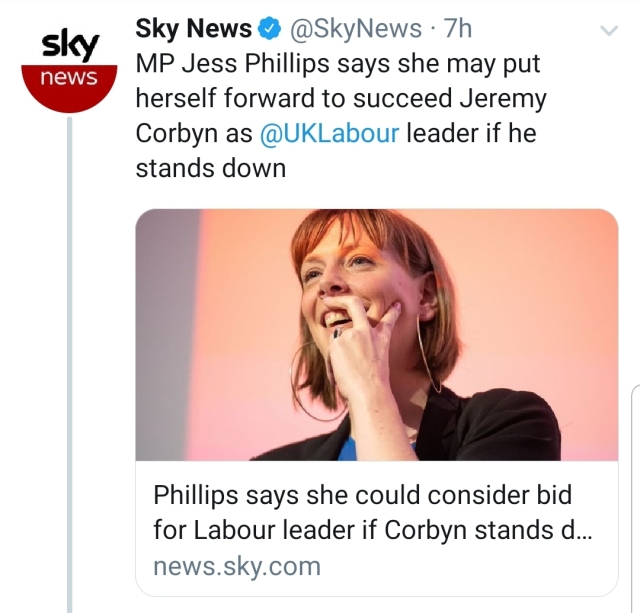 As a dyed-in-the-wool Tory, Louise Mensch “respects” right-winger Jess Phillips, loves kicking opponents when she perceives they’re down and had to get her contribution in:

When mingling with Jess,

And a helluva putrid stench.

A succubus is a demon in female form, or a supernatural entity in folklore. It appears in dreams and takes the form of a woman in order to seduce men, usually through sexual activity.

Perhaps I was being sexist or mysoginistic in resorting to such a term?

No. Not for one second.

Louise herself appears to be unperturbed by this description. In fact, she appears to take pride in it, quoting the terms “unhinged” and “textbook succubus” with relish in her own Twitter profile, here:

Maybe the use of the rhyming words wench / stench have upset her enough to contact Twitter and request that we be permanently silenced and erased for “hate speech”…?

And it appears to have done the trick!

Let’s face it, when you’re born in Westminster, become a Conservative MP, have helped to shape society into the paragon of virtue and kindness it is today, been a churner outer of low-brow, chick-lit bilge and a failed UK TV panel show wannabe who’s fled to Sick America in search of God knows what, your 290,000 followers is gonna carry a lot of clout with sharp-suited, impressionable 21st Century, Silicon Valley reactionaries, zealots and censors.

So another low-born, socialist member of the great unwashed gets his account wiped out. Job done! 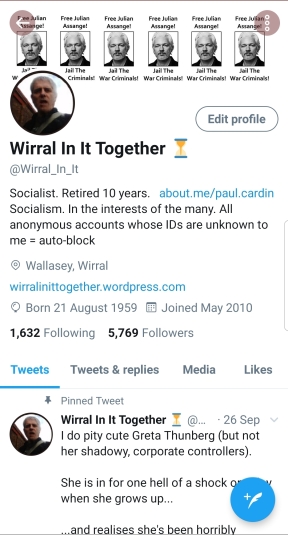 3 Responses to Our Twitter account – @Wirral_In_It – age 9, is permanently closed, banned, deleted. Was it a disgruntled celebrity…?

Leave a Reply to Wirral In It Together Cancel reply