Labour and the Snap Election 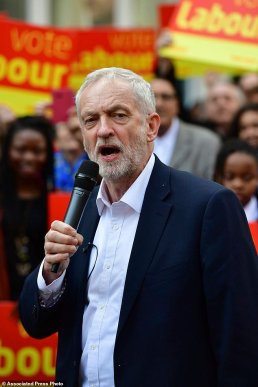 I
His many missteps notwithstanding,1 Jeremy Corbyn is still the most progressive party leader that the political mainstream in this country has ever thrown up. The Labour Right, full of sound and fury since September 2015, has failed in all that time to articulate even a single substantive critique of Corbyn’s policy proposals, many of which continue to enjoy a large measure of popular support. Instead, his colleagues in the PLP have chosen to busy themselves with snipes about the a priori ‘unelectability’ of their twice-elected leader. As Richard Seymour has written, ‘statements about someone’s ‘electability’ contain a performative element, in that they are usually trying to help create a consensus that they claim to be describing.’2 In the case of Jeremy Corbyn, such statements must be viewed within the wider context of a well-evidenced campaign of vilification, the viciousness of which makes sense only if you understand…

2 Responses to Labour and the Snap Election