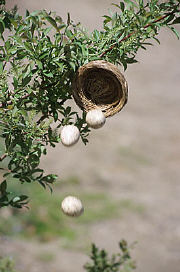 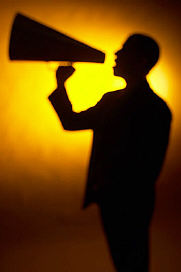 The following FoI request was placed today, after the identity of a Highways Department complainant was ‘accidentally’ made available to the whole world via the Wirral Council Website.

This was in relation to the HESPE contract, awarded to COLAS in 2008 and later found to have been riddled with impropriety.  The Director involved, whose own brother used to work for the winning bidder, was suspended from his job back in March of this year.  He has since been cleared with ‘no case to answer’, courtesy of somebody who spends a lot of time defending senior council officers in trouble, and has also watched several colleagues being either cleared, gagged, paid off or all three since he hung his boots up.

The offending letter was taken down quickly, but too late…. the damage was already done.

The place is in turmoil, and seasoned observers of Wirral Council have interpreted this behaviour as a calculated ‘shot across the bows’ of any existing staff, who may have been considering following in the footsteps of whistleblowers Martin Morton, Andy Campbell and the complainant involved in this case, Gary Downey (who is one of a group of as yet unnamed complainants).

As far as Wirral Council are concerned the watchwords are ‘Whistleblower Beware’, given that those prepared to act in the public good seem to have been branded as troublemakers, threatened and hounded out of their jobs, had their identities unfairly revealed or had their personal health and wellbeing put through the mincer.  Compare this if you will to the treatment given to abusive senior officers.  As the anniversary of the Anna Klonowski Report passes, the abusers’ real identities are still jealously guarded, having been replaced by numbers – which cleverly subverts the pesky little process known as ‘Accountability’.

So a big thank you to the LGA ‘Improvement’ Board – whom I assume must have been endorsing the council’s crazed, swivel-eyed, tongue lolling, anti-democratic practices.  More depressing legal news reaches me connected to the behaviour of this woeful bunch.

Watch this space for updates.  The request is currently with Surjit Tour, new boss of Legal who, along with 3 other staff, has taken up the department’s workload since Bill Norman, former Director of Law, was recently paid off.

Here is the FoI request:

As you’ll see, there’s no real urgency attached for them, and it’s taken four months to acknowledge receipt.   Once again, they’re in breach of the Freedom of Information Act.

“Tell us something new” I hear you saying.

The ICO have been in touch, telling me that they’ve contacted Wirral Council by letter and given them 10 working days from receipt of the letter to either furnish the information or provide a valid reason for not doing so:

Thank you for your correspondence dated 6 October 2012 in which you complain about Wirral Metropolitan Borough Council’s failure to respond to your information request which is outlined below;

When considering complaints about delayed or failed responses to information requests our priority is to ensure requesters receive a response as quickly as possible (where one has not been provided) and to monitor any persistent trends which might indicate that a public authority was routinely failing to respond within the statutory 20 working days permitted under section 10 of the Freedom of Information Act.

We monitor complaints where a serious contravention of section 10 is recorded and where persistent contraventions occur we will consider placing a public authority on our monitoring programme (http://www.ico.gov.uk/what_we_cover/promoting_openness/monitoring_compliance.aspx ).

I have written to the public authority to provide them with a copy of your original request, reminding them of their responsibilities and asking them to respond to you within 10 working days of receiving our letter. I enclose a copy of my letter to the public authority for your information. The late response will be recorded and as described will form part of our ongoing activity to consider the performance of public authorities and the Freedom of Information Act in the future.

If Wirral Metropolitan Borough Council responds and refuses to release the information you have asked for and you are dissatisfied, you may, after exhausting their internal complaints procedure, complain to us again.

I have enclosed a fact sheet explaining more about our complaint handling procedures. At this point the case has been temporarily closed and I would like to thank you for bringing this these concerns to the attention of the Information Commissioner. If you do not receive a response within 10 working days please contact us quoting the reference number on this letter.

If you require any further assistance then please contact me on the number below.

I gave them plenty of opportunity to respond (6 weeks plus), but nothing’s arrived – so I’ve sent the following to the ICO today:

Wirral Council has failed to provide the information connected to this request, despite you writing to them several weeks ago.

In my own experience there have been several persistent contraventions and I thank the ICO for placing this organisation onto the current monitoring programme.

I would now request that you issue a Decision Notice with regard to this request in order to bring them into compliance with the Freedom of Information Act.

I look forward to receiving a response from you in good time,