Posted on November 6, 2017 by Wirral In It Together

Wirral’s Legal Department – taking time out to ponder on breaking the law for 18 months – “Effin’ breakin’ the law… ?  It’s effin’ not fully compliant, you moron.”

We can now report that the Information Commissioner has – after a long delay – found in our favour and Wirral Metropolitan Borough Council now have 30 days to put their house in order and provide the missing information we’d requested.  Some of this info is being withheld under the Section 40 exemption concerning personal data, which we completely understand and accept.

However the council’s attempt to engage Section 31 (1)(g) and Section 31 (2) (see below) has failed (see the bottom of this post for an extract from the FOIA).

We lodged an FOI request back in February 2017

This referred to the ins and outs of Wirral Council’s highly-dubious treatment of applications for Discretionary Housing Payments.

Word had reached us that all was not well at this Council department due to bullying, poor management, incompetent record-keeping and a failure to update systems following a hugely important court case, Hardy V Sandwell Council, occurring in March 2015.

The crux of the above legal case was that following the judgment – which went in favour of Hardy – from that day forward, other benefits were no longer to be taken into account when making an assessment on an individual’s application for Discretionary Housing Payments. (* See comment by an expert below)

And despite all those public proclamations starting in 2015 about being a “most improved council”, it seems they weren’t breaking the law for the first time, and are past masters at it.

We researched the Wirral.gov.uk website and spotted very quickly that something was amiss.  There had been no visible audit of DHP and there appeared to be some evasive behaviour going on (covered in previous posts).

This appeared not to have been picked up by the council’s internal audit team and we the public were left with blank spaces or dubiously filled boxes that didn’t tell us very much at all.

Let’s just make an observation that…  if I can pick this failure up – using my experience of audit – as a former radio operator, labourer, digger of roads, cable jointer and lighting engineer, then their failure is most likely deliberate i.e. it is foul play, and clearly not a case of abject incompetence, despite the mitigation of it being Wirral Council.

Added to this, a leaked email from the council’s former monitoring officer – Surjit Tour – came into our possession.  Typically, it defied all credibility and employed evasive legal language to circumvent making an admission that yes, the law had been broken for a period of 18 months.  Mr Tour preferred to schmooze us with, “We were not fully compliant”.

If you hack your own family to pieces with a rusty breadknife, similarly, you are  “not fully compliant” with UK laws.

So the abnormal machinations favoured by those with a desire to subvert the facts had kicked in once again, and the Director of Law had sought to minimise yet another council failure.

This timeworn, unoriginal approach was now expected from a reckless, basket case authority.  Frustratingly, they still hadn’t ‘grown up’ or evolved into a mature organisation, and preferred instead to stomp around like Kevin the teenager, grumpy, evasive, prone to outbursts, permanently scowling and on the run from any responsibility, which as usual was down to their own self-inflicted, crappy behaviour.

Still, we can hope that with Tour now departed to Sandwell Council of all places – the one that originally broke the law on DHP and lost the court case – the chance for progress and betterment may have been brought a little closer.  But we’re not holding our breath, because the rot runs so very deep here, and in the past, the Wirral Council culture has been carefully shaped to reward bullying, lies, deception, cover up, et al. (i.e. lots more negative descriptors and synonyms that are associated with failure and crookedness). 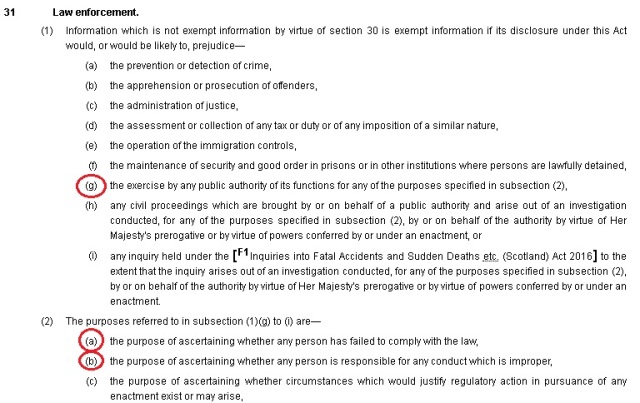 We were not surprised to learn that this Section 31 ploy had failed and always suspected that the person dealing with this at Wirral’s broken DHP department was rusty on the FOIA and probably flying on a wing and a prayer and ‘stretching things a bit’.  Happily the senior staffer at the ICO appears to have agreed with us and shot the bastard down.

Please check back in in 30 days’ time…

(Being petulant, immature and prone to behave like a disgruntled teenager, Wirral Council will always take the maximum number of days when forced onto the back foot….. won’t you Kevin?!)

…we’ll let you know how we get on.

Campaigner for open government. Wants senior public servants to be honest and courageous. It IS possible!
View all posts by Wirral In It Together →
This entry was posted in General and tagged DHP, Discretionary Housing Payments, freedom of information, ICO, Section 31, Section 40, Surjit Tour, whistleblower. Bookmark the permalink.